Hello!
I am thrilled to be back for my third year as Armstrong's speech-language pathologist. I grew up in Waco and attended Baylor University where I got a business degree in international business and marketing. I worked in business for 6 years as a contract manager before pursuing my passion in graduate school studying communication disorders. I have loved the move and never looked back! Business was a job to me, but working with these students has been much more than that.
Now I treat students with all types of communication issues:
I am married and have two children, Evan (4 1/2) and Vera (1), who are wonderful and keep me on my toes. I am so lucky to work with the wonderful staff at Armstrong and the rest of the special education staff in Highland Park. We value new research, hard work, and collaborative effort to make sure our students are the best they can be. Thank you very much for allowing me to work with your children.
Laura Walker

I am thrilled to be back for my 3rd year as Armstrong’s Speech-Language Pathologist.  I am frequently reminded about how fortunate we are to be a part of this district – not only for all of the great resources available to our students but also for the passion and expertise that the staff exudes.

Speech therapy has already begun for the year, and it has been great to catch up with everybody and get back to work. I wanted to remind everyone of a few logistics for speech therapy this year:

I also wanted to inform each of you about the areas of communication that I treat.  Speech and language therapy within an elementary school setting encompasses the rehabilitation of communication skills for children with articulation, language, fluency, and voice disorders.

Articulation is the movement of the speech mechanism to produce speech sounds.

What is an Articulation Disorder?

As children develop, the number of speech sounds a child can say correctly increases and their speech becomes more adult-like and understandable.  Therefore, it is perfectly normal for young children not to be able to say all the sounds found in a language.  An articulation disorder can exits when a child is delayed in acquiring speech sounds when compared to his/her peers.  The age of acquisition for each individual sound varies greatly from child to child.  Therefore, diagnosis of an articulation disorder at an early age may depend on a child’s inability to produce several sounds that greatly affect his/her ability to be understood.  By third grade, a child should have acquired all sounds.

Language is composed of the interactive components of semantics, syntax, morphology, and pragmatics.

Syntax is the arrangement of words and phrases to create well-formed sentences in a language.  Syntax influences such language abilities as following directions, interpreting questions, and understanding and expressing a variety of sentence structures.

Morphology is sometimes included as an aspect of syntax and is often referred to as grammar.  Intact morphology includes such abilities as understanding and using verb tenses, subject-verb agreement, and structural cues such as prefixes and suffixes.

Pragmatic language is social language.  Examples of pragmatic skills include the following:

What is a Language Disorder?

Studies have proven that language develops in a specific pattern and with common milestones.  When one or more of these areas are not age appropriate or developing at the typical pace, then a child may have a language disorder.

Fluency refers to how smooth a person is able to produce continuous, uninterrupted, effortless flow of speech; speech that is not hindered by excessive dysfluencies.

Stuttering is a complex disorder involving interactions among what the child does, how he/she feels, and what he/she thinks.  The child might have breaks in the forward flow of speech, such as repeating a sound or syllable of a word, stretching the beginning sound, or being unable to say a word at all.  The child may begin to avoid and fear speaking; express frustration at being unable to talk; or use other behaviors to help get speech moving, such as blinking his/her eyes, nodding his/her head, or stamping his/her foot.  The child may express his/her thought through questions or comments such as “Why can’t I talk?” or “My mouth is broken.”  Not all children will exhibit negative feelings or thoughts about their speech.  The cause of stuttering is still unknown.

Many children between the ages of 18 months to 5 years of age go through periods of developmental nonfluency as their language skills are expanding.  Typically normal nonfluency is characterized by interjections and whole word and phrase repetitions.  Typically, children going through these developmental periods are relatively unaware of the dysfluencies and do not express any concerns about their talking.

If a child has breaks in fluency such as repetitions, prolongations and blocks, struggles when trying to talk, avoids certain social or academic situations due to speech, he/she may be at risk for stuttering or other disorders of fluency.

Voice, refers to the pitch and vocal quality of a person.

Therapy is usually warranted after physical trauma to the vocal folds or to the laryngeal anatomy has occurred.  Characters of concern might include one or more of the following:

Thanks again for letting me be a part of your child’s education! 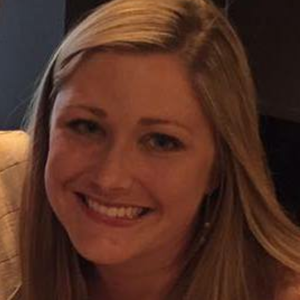 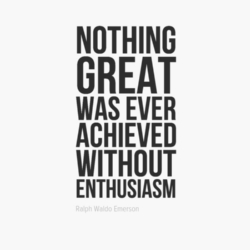